Hello, my name is ZOLO, dreams about Vegetables are usually associated with dreaming about Cooking vegetable for young women, do you think it is true?

For women or those who identify as female, cooking vegetables in a kitchen or over a fire may reveal that she would break up with her current lover or abandon her present crush. However, she would not be unattached for long. This dream symbol further suggests she would start a good relationship and even possibly get married to a good, decent man very soon after.

Envisioning a potato as a general vegetable in the dream world could be the manifestation of your current physical strength and vitality. It could also reveal that you are happy and content with your financial situation at present.

Root vegetables, such as turnips, carrots or sweet potatoes, are symbolically linked with subconscious desires. In a sense, their manifestation as vegetables that grow out of sight reflects their slightly obscure nature. You may soon fully realize a goal that until now has only been in your heart or at the back of your mind.

Dreaming about eating indigenous vegetables could mean that you are finally happy in the place where you are now and you feel like you are creating some roots, finding your balance and not wishing for any other kind of life. Vegetables are a symbol of health, and so you feel mentally and physically well at the moment, while the fact they are indigenous points to a sense of belonging, a feeling of satisfaction with your current surroundings. Your strength and energy stem from this sense of self-fulfillment you gain from your present situation and that is what gives you the hope to continue moving forward.

I am a 29-year old lady and I had a dream about a friend whom I consider an enemy come to me and add her vegetables in my meat (steak) while I was cooking.

Cooking meat in the dream world is often thought to signify others getting the upper hand in reality. It could equally predict you gaining some new opportunities while dealing with your enemies, perhaps even this particular frenemy. The vegetables added to your meat dish could be an indicator that this individual has more to offer than just being an adversary. In fact, it may be that by interacting with her you can grow and become a better version of yourself. In this sense, this friend is someone who challenges you and does not let you get by with the minimum. In order to keep up, you must be your best version of yourself. So while you may not get along or like this woman, she may be adding a lot to your life without you being aware.

Old, rotten vegetables that have clearly passed their expiration date indicate upcoming difficulties and challenges that would have a wholly negative effect on your daily life. The cause of these troubles likely lies within yourself. It is due to your own inability to make a decision or lack of motivation to act, causing you to miss deadlines and fall behind.

Eating vegetables that you consider to be particularly bitter is considered a harbinger of unhappiness and misfortune in the dream world. It means you would soon get into a fight or major conflict with someone you see relatively frequently, such as a family member, roommate or co-worker.

Seeing a variety of vegetables

Seeing a wide variety of vegetables, such as at a grocery store or a farmers market, means you would soon find yourself in debt and unable to pay for basic necessities. You would probably need to ask to borrow money from someone in order to meet your immediate needs.

In the context of a dream vision, watching someone else cook vegetables is often interpreted as a sign that you would soon find yourself in conflict with others. These may be minor disagreements or major differences of opinion.

Chopping up vegetables on a cutting board in preparation for a snack or a meal may reveal that something that has disappointed you up until this point may have a positive outcome. For example, if your efforts to workout and lose weight have thus far not been very noticable, you could see some dramatic changes taking place in your body soon.

Throwing old, rotting vegetables into a trashcan or compost heap portends great misfortune and hardship. You would find yourself greatly disappointed by events in the coming weeks. 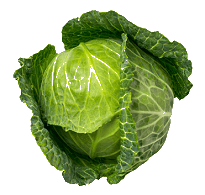 Cabbage as a vegetable

The image of cabbage as a vegetable in the dream realm predicts having to soon interact with an unintelligent, belligerent female. You would have to endure her abusive language and insults despite the fact that she would probably be in the wrong. Alternatively, seeing cabbage among other greens, such as lettuce, celery or herbs, could reveal soon coming into a bit of cash, although the source of it is unclear.

Vegetables that you perceive as being particularly sweet and succulent in the dream world are considered highly fortuitous messages. This vision suggests you would experience periods of great happiness and excitement due to a new activity or upcoming adventure.

A dish made with added vegetables

A dish that appears to have been made with additional vegetables or more vegetables than usual reveals that you would soon find yourself lacking in money due to health problems in reality. The source of your financial trouble may be the additional medical bills associated with treatment or the lack of time at work due to being ill.

Planting vegetables on a large plot or in a small garden can be interpreted as a sign that your current plans or ambitions are not destined to turn out the way you had imagined. You would get negative results, which means the time, energy and resources you spent on this course of action would be completely wasted.

An electric vegetable cutter usually serves as an indicator that you would suffer from headaches in reality. Another alternative could mean that instead of physical pain you would find yourself annoyed and frustrated by extra responsibilities and duties that you normally do not have to take care of. If you purchased the vegetable cutter in the dream, however, it suggests you would be well compensated financially for your additional work.

Enjoying the taste of vegetables

Finding that you enjoy the taste of a vegetable-based dish, especially when you do not really care for them in reality, can predict some minor success or progress on romantic endeavors, such as courting a new partner or deepening your relationship with your significant other. However, the effects of your efforts would not be lasting.

Eating raw vegetables during the course of a dream vision portends trouble for your financial situation. It usually reflects trouble making and maintaining a budget, so you would probably have trouble holding onto money long enough to pay for your basic, everyday necessities.

A market that specializes in selling vegetables and other greens predicts that your current plans, projects or goals would be met with great success. As a result, you would feel very accomplished and others would admire your achievements.

A large, bountiful harvest of vegetables is a positive image to perceive while dreaming at night. It is often associated with the idea of money and finances. Therefore, it is often interpreted as a sign that you would make big profits in your business endeavors or get extra compensation for your hard work and accomplishments.

Eating vegetables during the course of a dream vision, such as carrots, potatoes or squash, often predicts soon having a streak of good fortune or a small lucky break. However, the effects of this would only last a short time as there was probably some lies or underhanded behavior involved.

Peeling vegetables during the course of a dream vision, such as potatoes or carrots, may shed light on your tendency not to mince words in reality. You should consider this a hint from your subconscious to be more careful with the words you choose and read the air before making comments.

In the context of a dream, vegetables that are no longer at their peak freshness are thought to reflect the condition of the dreamers body. In this case, slightly mushy vegetables that are past their prime mean your body would also be in poor condition. For instance, you may find yourself under the weather or lacking energy due to depressing thoughts.

Vegetables that you perceive as being unripe and unready to eat in the dream world refer to misfortune in reality. They often predict losing money or material assets, causing you hardship and unhappiness.

Selling vegetables, such as at a farmers market, can reveal that you would soon make some new enemies or adversaries in reality. The reason for this is due to a large argument that pitted you against someone you were already on rocky terms with.

Vegetables that you perceive as being particularly long are often associated with phallic imagery and sexual interpretations, but the specific interpretation differs depending on the gender of the dreamer. For women, the image of a cucumber or a zucchini may represent an upcoming encounter of a sexual nature with a male. For men, it could reflect some dissatisfaction with or lack of confidence in their male organs or their overall sexual prowess.

Seeing tomatoes in the dream world is a negative symbol associated with subconscious images of blood and violence. You may be feeling pain from a past trauma or fear the possibility of being raped or attacked. Rather than directly seeing these images, however, your subconscious is connecting them to the image of tomatoes. Alternatively, you may also have some sort of fantasy involving or sick fascination with rape.

Vegetables growing in a garden

Seeing vegetables grow in a garden plot can be considered the manifestation of the poor state of your household's current financial situation. You may not be earning enough to offset the basic needs of your family, or you may be poorly managing your assets, spending more on unimportant things than necessary ones.

Vegetables growing in your garden

Seeing vegetables growing in your own garden during the course of a dream suggests you would soon spend some happy, enjoyable or joyous occasion with your family and closest friends. This event could be a birthday party, a reunion, a wedding or a holiday party.

Green, leafy vegetables, whether on the table as food or in the garden, means you have a supportive social group. You likely have life-long friends who want what is best for you and balance your emotions when needed. Your closeness and partiality or loyalty to each other can get you through a lot of tough times. Alternatively, eating these vegetables can also refer to a feeling of exhilaration after finally cutting out toxic relationships from your life. There might be a short spell of depression as you adjust to their absence, but eventually you will feel lighter and happier for finally making a stand.