Hello, my name is ZOLO, dreams about Magic are usually associated with dreaming about Yourself practicing magic, do you think it is true?

Envisioning yourself practicing magic, like brewing potions or waving a magical wand to conjure something, refers to big surprises ahead of you. These surprises may be beneficial or destructive. It likely depends on your recent state of mind and behavior. On the other hand, this could also mean that you could be the cause of someone's misery or heartbreak. Maybe you would give unsolicited advice to a friend or you would insinuate yourself into a situation that is really none of your business.

Dreaming of encountering someone with magical powers or practicing magic, perhaps a scenario where the person is doing magic rituals or casting spells, means you would become wealthier in reality. Wealth may equate to material possessions and financial blessings, like acquiring property or earning more money, though it could also refer to non-material acquisitions. Maybe you would have wealth of experience, wisdom or friends. Regardless of the form these riches may take, you would definitely benefit greatly from it.

Dreaming of items with magical powers, like an amulet worn by someone in the vision or magical crystals, is an indication of your uncanny ability to solve problems or overcome challenges without exerting a lot of effort. Perhaps you have a very strategic way of dealing with complications which require a straightforward or simple approach as much as possible. This useful skill is likely due to your innate intelligence combined with real-word experiences.

Using magic to make someone fall in love with you or become attracted to you, like a love potion or a spell to make someone infatuated with you, is an auspicious dream symbol about resolving issues and making problems go away. Some of them you may be able to solve on your own, but the bigger concerns may require the help of your allies. Alternatively, for women this means being appreciated and showered with affection by your significant other. You may even receive a nice gift.

Dabbling in black magic, or witnessing someone else practice black magic, can mean different things depending on the dreamer's situation. For males, this dream symbol represents upcoming family conflict or problems with your partner. For females, this points to minor annoyances and petty issues. Meanwhile, entrepreneurs and business owners can expect bad investments or losses due to dishonest business partners. Finally, for young women this refers to the possibility of an unwanted pregnancy.

Magic in dreams generally refers to shocking or improbable events in reality. For example, someone in your dream may be a supernatural being or a person adept at witchcraft. The magical elements serve as a harbinger of a bewildering moment about to happen. This is also often interpreted as a reflection of the dreamer's indolence. Perhaps you want to achieve your goals without even lifting a finger. This could also reveal your sense of entitlement whenever you expect to get something just because you are so used to getting what you want.

Magic as a dream symbol can be interpreted in a negative or positive way. The positive connotations have to do with increased creativity and newly discovered talent which could propel you to unexpected heights of success. Meanwhile, the negative dream interpretation could reveal your tendency to overstep boundaries or break rules just to get what you want. This willingness to do what it takes to succeed could backfire if you become reckless.

My friends and I were attending the really fancy prep school, but one day one of our friends found this magic stone that allowed us to enter this magic world where we could see the people of everyday life as the creatures they really were. A lot of them were friendly and asked us to keep their secret. We agreed, but when one of our friends gets taken by something truly evil in that world, our new friends agree to help us. It was a wild adventure but no details that I specifically remember.

Dreaming about entering a magical world is a manifestation of your own innate desire to escape into fantasy to get rid of your existing problems. This escapist attitude signifies that you would rather focus on what things could have been like instead of trying to take them in stride. And although indulging in day dreams can sometimes be helpful, it is also important to focus on reality and deal with things as they come. Try and be more assertive and you would soon start to embrace anything that comes your way, be it problems or small victories. 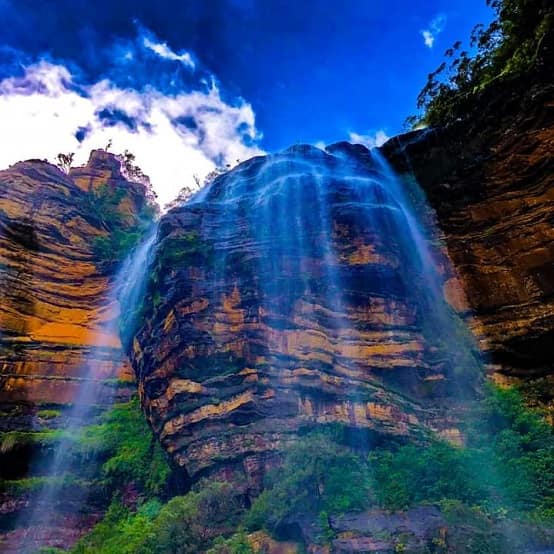 Seeing magic signs or symbols, written on walls or scrolled in old books or parchment, means you may lose your temper over trivial matters. A hormonal imbalance could make you more irritable than usual which means you could get into arguments with others. This is especially applicable if the signs and symbols are about predicting the future or conjuring up your wildest dreams. Unfortunately, your bad temper may be taken seriously by some of your friends. Forgetting to clear the air when you are feeling better may cause irreparable damage to your friendship.

Losing your magic powers in a dream, for example if you envision yourself as a wizard or a witch, means you would experience increased self-confidence in reality. Perhaps it is a result of a recent achievement or a deeper understanding of your skills and ability to effectively navigate difficult situations. If there is anything holding you back at the moment or distracting you from your goals, regaining faith in yourself would allow you to take control of this issue and get yourself back on track.

Using magic to get something

Using magic to get what you want, maybe by conjuring up the perfect partner or making your dream house appear with a snap of your fingers, is actually an indication of your low self-esteem. Maybe this goes back to your childhood where people would constantly undermine or criticize you. Alternatively, this could be referring to your avoidance of responsibility or a lack of accountability which may be related to your self-confidence issues. You are afraid of failing, so you refuse to step up.

Being controlled with black magic

I had a dream that this evil family was trying to match me with their son, even though I already had a boyfriend. There seemed to be some black magic involved, and they were trying to force me to take drugs that would enable them to harvest my ovum eggs. I spent much of the dream floating or flying through these dark catacombs trying to get away and at times being magnetically pulled one way or another. The whole thing was pretty dark and scary.

This dream contains a lot of imagery related to influence and pressure. It goes back and forth multiple times. For instance, the image of an evil family trying to play matchmaker between you and their son points toward being presented with a choice or opportunity. The drugs they tried to force you to take suggest that whoever is giving you this option is someone you respect, admire or want to please. The dark catacombs you were inside point toward negative energy surrounding you in wake life, however, floating or flying means that you are generally impervious to this because you are a positive individual. Finally, the invisible magnetic force that pulls you again points toward being influenced. Perhaps you are too trusting of the one who is offering you this chance. If you allow them to dampen your light, you may never get it back.

White magic as a dream symbol carries just as much positive energy as it symbolizes. For example, a force of good may rescue you from evil forces through powerful magic. Soon you may enjoy a series of favorable events. If you have been working on something, then expect to successfully complete it. The impressive results of all your hard work may earn you more monetary rewards as well as a significant boost to your self-confidence. So aside from prosperity, you would also bask in happiness from your good fortune.

Ability to destroy and create buildings

I just dreamt of a smaller North Korean palace type of building and me standing in front of it, then with the motion of my hand I raze it to the ground and raise a giant broad skyscraper and then it gets destroyed by a nuclear explosion.

The palace structure at the beginning of your dream likely reflects the expectations others have of you. Perhaps your parents, peers and other authority figures are pushing you down a path you do not wish to take. In contrast, the skyscraper you raise from the rubble of the former structure reveals your passion and aspirations. You have big dreams, and you want the freedom to follow your heart. Unfortunately, the nuclear explosion may be an indication that your efforts would be in vain. Your own temperamental nature and tendency to dabble in risky behavior could prevent you from achieving those goals.

Legs in pain because of black magic

I was dreaming about my younger brother that one of his legs was severely injured. My grandma and grandpa try to find help for curing one of his legs. I knew that the pain in his leg was caused by black magic by one person.

Dreaming that your younger brother has pain in his leg suggests he is having some trouble at the moment, and you are subconsciously picking up on some of the signs of his distress. As legs are commonly thought to represent both emotional and physical states, leg pain points towards a problem that he cannot overcome by himself. Your brother may be ill and unable to accomplish some important goal he has set for himself. Alternatively, he may need to do something difficult that he is currently too scared to do. Perceiving that black magic is involved reveals your intuition is working well. It is not your brother's fault that he is not doing well. Some outside force, someone or something close to him, is hurting his chances at success. Perhaps your dream is urging you to step in and offer some assistance before it is too late for him.