Hello, my name is ZOLO, dreams about Cigarette are usually associated with dreaming about Causing fire with a cigarette, do you think it is true?

Causing fire with a cigarette

Right after I lit up my cigarette everything surrounding me was on fire.

Lighting or smoking a cigarette can mean that you intend to quit this habit, though it can also refer to a goal your are currently working on to achieve. In combination with the dream symbol of a fire starting from nowhere, the cigarette refers more to the latter interpretation which is a good sign. This means you will soon get what you want, whether it is a material possession or a promotion at work. It can even symbolize an addition to your family, perhaps a baby or a pet, which will add much joy and levity to your family life.

Being offered a cigarette

Being given or collecting cigarettes in a dream?

Receiving a cigarette from someone in dreams is a negative dream symbol often associated with a false sense of security. On the surface, it seems that a person is being generous by helping you with your problems. Lending you money or helping you with referrals, for example. However, there is a deeper, more selfish motivation behind this person's actions. By gaining your trust, they will end up making you pay more than your owed debt with favors and deals that will place you in tough situations.

Buying cigarettes in the context of a dream vision suggests you are soon to be deceived or swindled, meaning someone is likely to take advantage of you. This situation may not be initially devastating but could cause much distress and difficulty over time, especially if the wrong is not redressed in a timely manner. 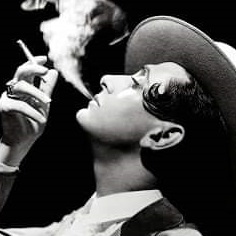 Smoking a cigarette in a dream vision is commonly associated with such actions in real life, but with a desire to change this situation. Usually, this sign means having an addiction to smoking, although it can also include social smoking as well. In either case, you have at least a subconscious wish to stop further use. Smoking a cigarette can also predict that a goal you are aiming toward can be accomplished, but it would require a lot of time, money, energy and effort on your part in order to make it possible.

A cigarette in general

Cigarettes, in general, tend to be negative signs associated with a false sense of security. The dreamer, in this case, is probably enjoying some product, person or event that brings them joy and satisfaction. However, this situation only looks beneficial on the surface. The reality is that whatever is going on in the dreamer's life is likely to cause great suffering in the long run and possible guilt for being involved in the first place.

A dream vision in which a cigarette stands out prominently can also point to addictions or tendencies to overdo things. This may be related to more common problems, like drug abuse, alcoholism, and gambling problems, but it can also reflect dependence on a particular person or lifestyle. If you refused to take or smoke the cigarette in such a vision, it could indicate having the determination and grit to avoid or overcome such challenges in your life or being able to help others with similar problems.

Putting a cigarette out

Having a dream about extinguishing a cigarette, whether in an ashtray or on some other surface, often carries an ominous prediction in relation to the love life of the dreamer. If you envisioned such an act in your dream, it suggests being on the receiving end of some news concerning your partner or lover which is difficult to swallow, meaning it is extremely unpleasant or even horrifying. You may experience great difficulty accepting this situation and may be unable to be there for them during this time.

Dreaming about a cigarette that has already been lit, such as one that glows in the dark or is smoldering in an ashtray, is often interpreted as a sign that your positive first impression of someone or something could be entirely incorrect. You may have got very good vibes from someone you have just met or got totally excited about a new product you saw. However, there is an aspect of your personality which tends to exaggerate the good points of people and things to the point that they are completely different than the reality of the situation. You could be greatly disappointed if you are forced to admit your faulty convictions and the truth.

Burning mouth or fingers with a cigarette

Having a dream where you are smoking a cigarette and somehow burn your mouth or your fingers is usually interpreted as a negative sign. It points toward experiencing great suffering and hardship due to betrayal at the hands of someone you interact with often and trust deeply. This backstabbing person is likely to spread rumors or gossip which could completely ruin your relationship with them and others, making it difficult to recover and clear your good name.

Unable to light a cigarette

Having a dream where you have great difficulty or are unable to light a cigarette, such as due to a persistent wind or heavy rain, is actually a representation of aspects of your personality. More specifically, it points to having difficulties expressing your emotions or attraction to members of the opposite sex. This can cause some problems in the case of mutual interest and even more when there are more than two people involved. The same vision can also predict a state of indecisiveness or oscillating between two different paths. You likely have many doubts about what you should do or the path you should forge for yourself.

A cigarette broken in half

Trying to light a cigarette that has been broken in half suggests you are about to enter a period of time which is filled with annoyance and irritation. The cause of your frustration is someone you interact with fairly often and whose actions or behavior toward you can be described as rude, disrespectful or inappropriate.

Seeing yourself light a cigarette in the context of a dream, whether you smoke in real life or not, could predict a tendency to make bad decisions regarding your finances. For example, you may not follow a strict budget or you may spend money on unimportant things while skimping on the necessities. Lighting a cigarette can also portend having worries about your daily life or feeling like you cannot find solid ground. In this case, you may need to focus on your schedule and make changes so that you have more free time.

Dreaming about cigarettes that specifically contain the substance menthol is often interpreted as a sign that you have someone in your life who is actively and enthusiastically looking out for you. This person could be a relative or a close friend. However, this person’s efforts to aid you are likely to be more bothersome than helpful, as their help could potentially sidetrack your plans or completely ruin them, leading to feelings of frustration and anger.

Feeling uncomfortable because of cigarettes

Feeling uncomfortable or sick in a dream vision due to another person’s smoking or the smoke of cigarettes in general can be interpreted as a negative sign in terms of intimate relationships. It carries the prediction that you are to cross paths with someone from your past, likely an ex-lover, who is willing to say or do whatever it takes to embarrass you in front of friends, family or even your current love interest. They may try to do this by exposing secrets you would rather keep under wraps.

Having unlit cigarette in the mouth

Holding an unlit cigarette between your lips, whether you intend to light it or not, is often seen as a negative sign in dream visions, as it often points toward having issues related to dental health and hygiene. This means you should probably make a note to schedule an appointment with your dentist in the near future and take special care with your cleaning rituals.

Cigarette smoke and a strange symbol

This may be odd but here it goes. I had this strange smell of cigarette smoke coming from my nose and I was starting to get a headache . When I rolled over I noticed a #1symbol imprinted on my bf's back. It wasn't a tattoo. The smell got stronger, I fell asleep, when we woke up the symbol was gone??? What does it mean?

This dream says a lot about your mindset at work or when you are doing a project. The smell of cigarette smoke in particular is a powerful sign in the dream world that often reflects the dreamer's tendency to challenge themselves and others by tackling difficult tasks. However, you may end up biting off more than you can chew or inconveniencing others with your wild distribution of responsibilities. There is a chance your friends and group members do not appreciate being burdened with as much responsibility or pressure as you do. Additionally, the number one on your boyfriend's back suggests that you are inadvertently pressuring him to take on more than he can handle. This could damage your partnership in the long run.

In my dream a man tried forcing me to smoke a cigarette. I refused as many times as I can remember. In the end it resulted in me screaming at him and lashing out at him. In my dream the fact he was trying to force me to smoke brought back the memories of my grandad dying from lung cancer which was caused by smoking and I woke up crying.

Dreaming of being forced to smoke a cigarette is a sign of possible attempts by people around you to ridicule or intimidate you in some way or another. The notion of resisting the person who was trying to make you smoke can mean you will be successful in counteracting such a behavior and find ways to prevent or eliminate these actions by other people who may be expressing hostile feelings towards you.

A cigarette fading out

A cigarette that smolders and is beginning to go out in the context of a dream vision predicts meeting up with old friends in the near future, such as during a reunion or a surprise visit. This event is likely to bring you much happiness and pleasure as you create new memories and remember good times in the company of the people you know so well.

A pack of cigarettes to a deceased mother

My mom died 7 months ago of lung cancer. So I had this dream that she came back to us and I gave her a pack of cigarettes, she looked okay and wanted the cigarettes that I gave her. P.S. I am sick with flu signs at the moment, but I was worried that it could be something worse. So after stressing about it a lot, I had this dream.

Offering cigarettes to your deceased mother in a dream suggests passing on your burden to her. Perhaps you have been stressed out and exhausted, aggravated by grief, and you just want a break to rest and recover. If, however, you are a smoker, then the dream could allude to your dependence on cigarettes. On the other hand, this could just be a projection of your apprehension due to your current health condition. You may need to focus on getting better and healthier to avoid anxiety-ridden dream visions.